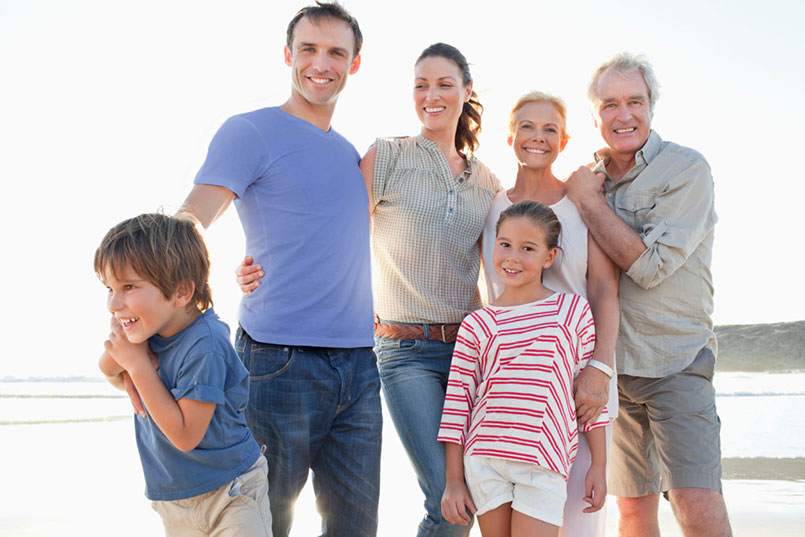 By now, you’ve probably heard of the “sandwich generation” – those mostly middle-aged adults who find themselves providing financial support for parents and/or children at the same time. A recent research study by Pew Research Center1 shows that this phenomenon not only continues, but has also changed in a couple of interesting ways:

While the number of these “sandwiched” adults has grown only marginally in recent years, the financial burden of supporting multiple generations has increased significantly. This is suggested by the fact that those adults whose annual household income is more than $100,000 are almost twice as likely to be in the sandwich generation, as those making less.

“The sandwich generation phenomenon has created an increasing need for life insurance among middle-aged Americans.”

Interestingly, this growing burden on today’s sandwich generation is primarily due to the increased support of grown children. Overall, Americans are more likely to be providing financial support to a grown child than they are to an aging parent.

This can be attributed to children moving back in after a divorce (possibly with children of their own), as well as the sluggish recovery following the Great Recession, which has taken a disproportionate toll on today’s young adults.

Additionally, the face of today’s sandwich generation is changing. Once synonymous with the baby boomer generation, it is increasingly made up of Gen Xers. Today, Gen X adults find themselves joining their boomer counterparts in this sometimes emotional and financially stressful situation. This trend shows that this phenomenon is not going away, and it should continue to be a concern for middle-aged adults through retirement.

The sandwich generation phenomenon has created an increasing need for life insurance among middle-aged Americans. Years ago, life insurance was primarily purchased by young families for income protection, and by older adults for final expense purposes. People in their 50s and 60s didn’t think as much about it. However, with increasing longevity of parents and the continuing prospect of adult children struggling to establish themselves, the pressure on one’s income to support multiple generations has likely never been greater. As a result, the need to protect one’s income in case of premature death has also never been greater.

If you’re part of the new sandwich generation, you should review the adequacy of your individually owned and employer-provided life insurance coverage.

Walt is a respected market researcher and public speaker with more than 30 years of experience in life insurance and economic trends affecting Americans.

Caring for Children and Parents, the Sandwich Generation Finds Challenges
Differences Between Employer Coverage and Coverage You Can Buy on Your Own: 50+
The Need for Life Insurance: Empty Nesting
share

Get a Free Online Quote